Exploring stories in the landscape 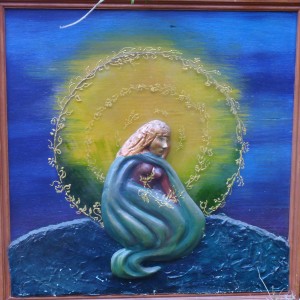 ceramic on glass by Chris Thompson

Airmed is the daughter of the great Dé Danann physician, Dían Cécht, part of a family of healers.  Together, they create the healing well of Sláine, which restores injured warriors at the Second Battle of Moytura.  But do the meanings of their names tell a different story?

In our  revisit to what may seem at first reading, a side story in the great battle saga, join the  the Story archaeologists as they re-evaluate the role of Airmed and her family, finding their actions  central to the main theme of the epic Moytura  story.

In this episode, and our update, we referenced many other episodes, including our entire second series on Moytura.. However, for now, we will include a couple of the most  relevant links.

For the story of Dían Cécht, Miach and Airmed in the context of Moytura,  go to: The Battle of Moytura Episode 5: The Four Craftsmen.