Over the last few months we have been exploring the wild watery wonders and terrors of the Immráma. We have reached out for the delicately blossomed branch and healing apples of Manannán ,  and glimpsed the scintillating orchards below the waves. We have witnessed the salmon’s leap over a brazen weir, wondered at milk -running rainbows and pillared isles. We have been to hell and back with the Uí Corra and sailed away from bewildering monsters like Máel Dúin himself.

It has been illuminating and full time fun.  I am afraid the podcast episode covering the most part of Máeldύin’s voyage came out at over two hours! We hope you enjoyed it and enjoyed it in manageable pieces.

While we have been out there delving into our watery story-archaeological trenches we have been undertaking a bit of ‘rowing around’ ourselves.  We have spent the last month or so changing the hosting on the Story Archaeology site. This should, of course, have been simple, the matter of a few days disruption. We had our ‘tech-guy’ my knowledgeable and qualified son who is generally fairly patient with a couple of literary types who originally tried to organise, and number  podcast episodes like a book, frequently  lose or forget passwords (me not Isolde) and strongly object to file names being unable to handle Irish words (Isolde rather than me).

No. It should have been straightforward. It never works out like that, does it? So, I thought I would describe some of the islands of wonder and terror that have delayed the last couple of podcast episodes. 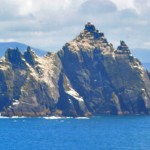 The Island of the Crashing Jaws

Isolde has a great memory but her computer does not. Either that, or it is beginning to demonstrate the first signs of Alzheimer’s. Do computers get senile? Of course her machine has a lot to do. It has to be prepared to talk to her at all times, using the Jaws programme and has to be taught to handle all the idiosyncratic Irish pronunciations, under Isolde’s careful tuition. It equally has to be able to blow up texts to a massive size to allow her to read text at all. Recently it has been more likely to blow up, its own software.!

She has been struggling with  an island of earthquakes where carefully constructed edifices will suddenly crumple like sandcastles when the tide comes in, without warning and quite indiscriminately. Fortunately, Isolde will be able to leave this annoying island behind soon when Colm builds her a new machine. She won’t regret moving on. 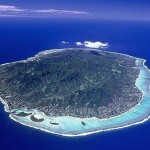 The Islands of the Indomitable Hosts

Moving files from one location to another should be simple enough. They should be able to travel from one island to another across the cyber-sea without getting lost, shifting or otherwise undergoing transmogrification. But what do you do if one island sulks, removes cargo from the departing boat without informing the owner and the other demands fees for allowing the contents onto the destination island and then admits that its harbour is incompatible with the in-coming boat.  You need the powers of an early Irish saint to sort that one out; possibly not Collumcille, for choice. Our Colm has been doing his best and the new hosting now  seems to be behaving effectively. 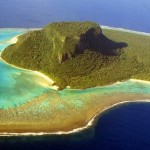 The Island of Disappearing  Links

This island has nothing to do with golf, although there have been moments where I wouldn’t have minded having a large and heavy club to brandish. It wouldn’t have helped much. Checking links and re-tagging pictures takes time, especially after two years’ worth of posts. Undertaking the job is a labour of love. However, when an island shrugs and the links are lost, it becomes a labour of Heracles! 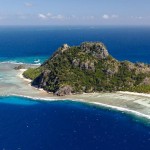 The Island of the Silent Portal

An imram is a journey into the unknown. You can expect the unexpected, the sudden crisis, even being lost, now and again. However it can be very frustrating not to be able to launch the triple skinned boat out onto the cyber-sea at all.

And now I am going to indulge in a bit of a personal rant. I know places in northern Australia where electricity is provided by generators, but where internet coverage is reasonably good. I have sat in a minibus, way out in the featureless Egyptian desert and watched a fellow traveller instantly download a book I had recommended onto her kindle. Recently I was standing in a small remote  village in Eastern Turkey on the Syrian border. Was there Internet coverage to be had? Yes.

So, why is my internet speed and reliability so abysmal in the west Midlands of Ireland, no more than 150 km from Dublin? And don’t set me going on the iniquity of our National Broadband Scheme. My address allows me the choice of one provider only. My sole choice is well protected by having their only complaint line safely tucked away somewhere on the Indian continent protected by guardians whose prime function seems to be  to prevent escalation of complaints into action. It is not the fault of the answerers-on-the-line, I am sure. They do what they are told to do. However, this Island is fraught with monstrous frustration..

So it seems, our personal journey has mirrored the fortunes of our sea-bourne heroes and we, like them, have eventually reached calm and familiar waters. Hopefully, podcast and blog are now on stable dry land and will become easily available and regular again. As we reach our second anniversary at the end of June, we hope to add some new downloadable  resources to the site.  Part of my role in schools is to provide some of the traditional Irish stories, often the lesser known ones, for older Primary age children in an entertaining and appropriate format. I am intending to add either audio or text versions of these stories as I tell them. I also have short plays for class size numbers based on Irish myth and legend. Other downloadable content from Isolde, or myself, will follow.

All content will be freely available but we will be adding a donation link for anyone of our listeners who cares to support a couple of technology impoverished story archaeologists.

Well, we may have reached dry land  for now but the Immrám goes on into a third year. So far, in spite of my rant, we have loved every minute and Story Archaeology has become a big part of our lives. We have made so many new friends and contacts across the world and are delighted that so many of you, out there, care about this rich treasure of Irish tales and texts. Thank you for joining us in our conversations on Irish mythology. Thank you too for so many engaging comments and kind compliments.

Here’s to the on-going journey.