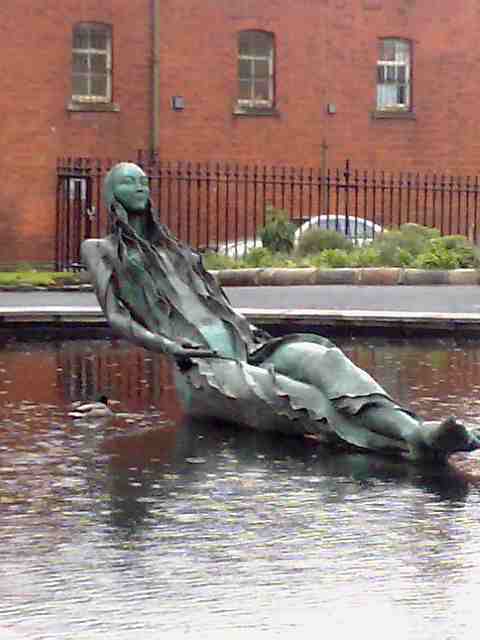 This poem on Dublind (dub = “black”, lind = “pool”) was the second dindshenchas we discussed in Dindshenchas: A Magical Mystery Tour.  This version has been written for readability by Chris Thompson.  You can read Gwynn’s original translation here.

The bold and curly-haired daughter of Rodub,

Was Enda’s wife: Enda, the son of the warrior, Nos

Whose holding was in the meadowlands of Étar.

She knew the magic arts, she was a renowned poet

was Rodub’s daughter, that stellar beauty;

She was a seer and a singer of laments, fit for any chieftain,

Until a single shot brought her life to a close.

Enda had another wife, fair and lovely,

He was the son of the wiry warrior Cnucha,

The one who cut the life of Dublind short.

Rodub’s daughter then was filled with jealousy

It was a path of action that boded ill.

When she sang a spell of the sea in the morning,

As Ochind had commanded his squire to do;

Margin threw a missile cunningly, created from a  berry

Which hit  Rodub’s daughter and killed her dead.

Her assassin quickly found his own death

At the hand of her powerful father:

Margin was slain before sunset

On the same day that Dublind died.