Special: Trees and Ogham – When is a tree not a tree? 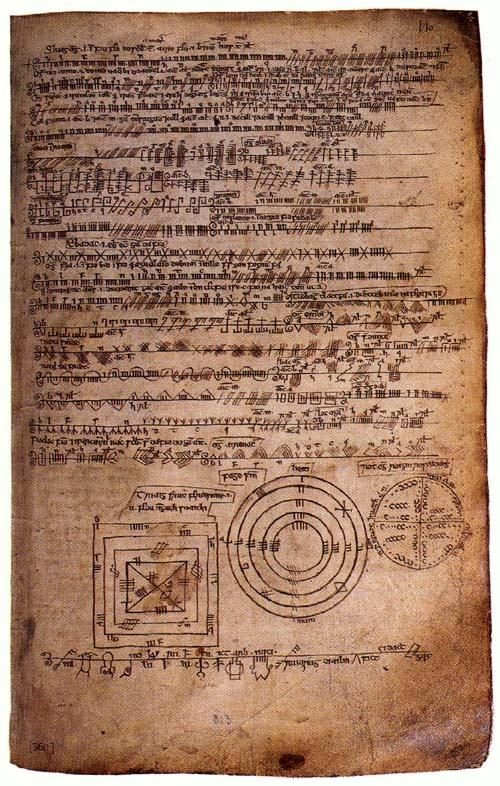 Ogham scripts from the Book of Ballymote

Many people are familiar with the “Tree Alphabet” or even “Tree Calendar” derived from the ancient Irish Ogham script.  But is this barking up the wrong tree?  Is this really what Ogham was created for?

Peel back the compacted layers of 19th century romanticism and Medieval reconstruction with the Story Archaeologists.

Don’t forget to subscribe to get the latest podcasts!

By The Story Archaeologists.

Our Tree Circle – Some Pictures

The tree circle was begun in 1992. The original concept was to place a tree in the centre of each “month” with a second corresponding tree at the start of the period, just outside the circle so as to give the circle depth.

However, the trees are now mature and are real trees not just a written glyph. It is a garden full of living trees. Different species grow at varying rates, and some individual trees do better than others. Some are happier with the environment than others. For instance, one of the birches was attacked by sheep when it was young, and was ringed. Although it is healthy, it will never grow to be a tall tree.

Then, rowans do not like our soil. The two rowans in the circle were hard to establish, and are the only rowans growing on the land; although there are many on the higher land not far away.

Some trees live much longer than others. The oak and yew, for example, will far outlive the alder. 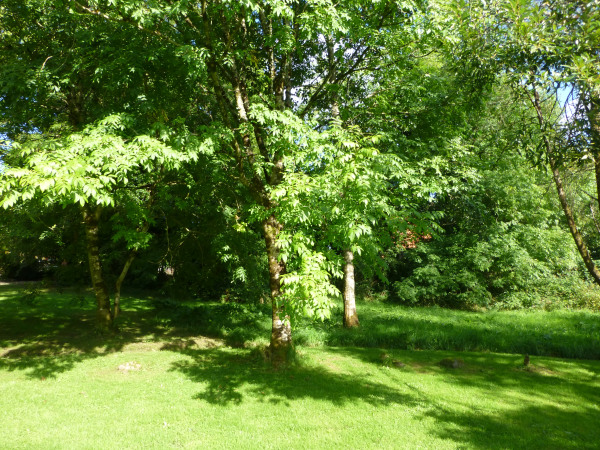 Looking from the Rowan and Ash towards the Alder and Willow. 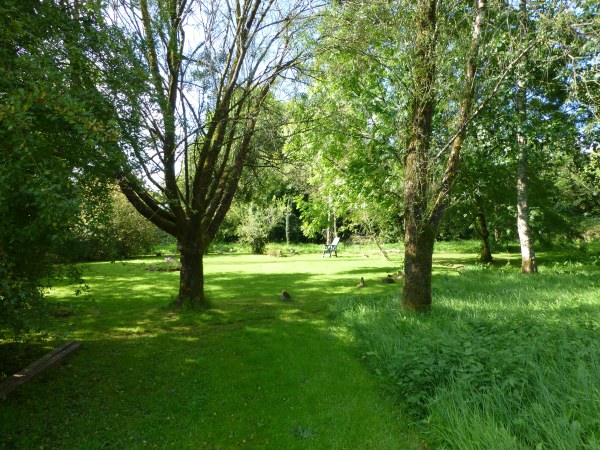 Looking into the circle from the East,. Here we see the Alder and Willow with the Holly, Hazel and Apple across the circle. 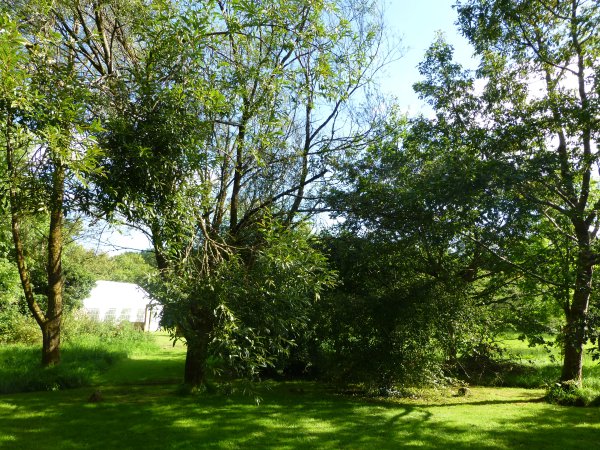 This is the Southeast section of the circle, Bealtaine to Summer Solstice showing the Willow, Hawthorn and Oak 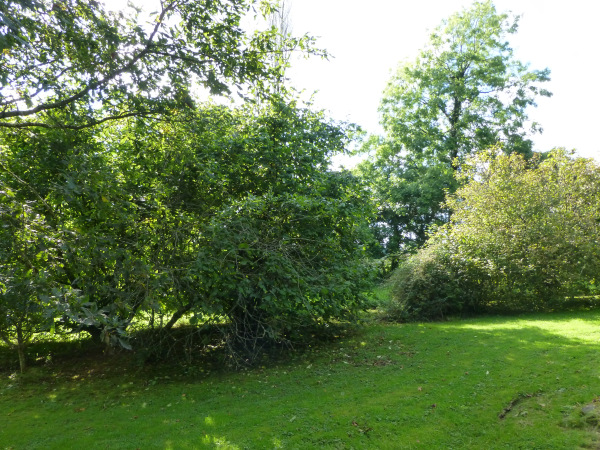 This shows the trees from the Autumn quarter. You can see the Apple and Hazel with the Aspen in the background. The carefully “cropped” Bramble is also visible. 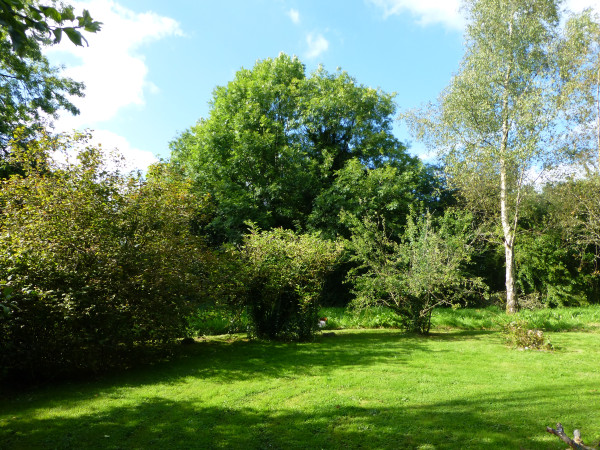 This is the last section around the Samhain period. You can see the Elder and the Blackthorn before the Birch begins the new cycle. 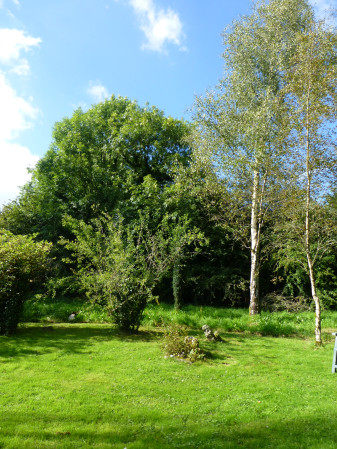 Looking North towards the Blackthorn, Yew and Birch

This may have been an long term experiment in Story Archaeology and it has many uses and applications  but it is. above all, a garden.