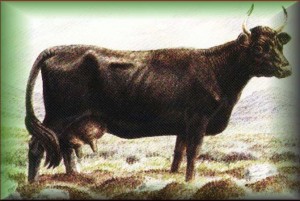 As with many ancient societies, the early Irish did not use coinage.  They still had a complex system of value, which may welll have changed over time or from area to area.

One unit of value was cattle,which were used as currency up to around 1400 CE, long after the introduction of coinage.  This could be “exchanged” to a value in sét, “jewels”, ungae, “ounce” (usually of silver), or cumal, “female slave”.  The mug, “male slave”, was never used as a unit of value.  The cumal seems to have been the basic unit and may have been worth 2 sét,, but if one was being paid reparation for a crime, it would be paid in sét if you were a noble or a poet below the rank of king, and in cattle if you were a farmer.

The most frequent use in the law texts for giving such values is the lóg n-enech, “honour price” (literally, “face value”!).  The reparation needed to pay for a crime against someone of a given rank was expressed as a fraction of the honour price.  While this is usually given in cumal, there are often equivalents given in ungae, “ounces” of silver, and sometimes gold.  The lóg n-enech of the lowest rank of king was 7 cumals.

Here are the types of cattle used for payment and their relative value.  It is hard to give a stable value in cumal, as there are many different exchange rates cited in the many law texts.

The basic unit was a milch cow, usually with her calf.  The following types are given as a fraction of the value of the milch cow.

In one law text, there is an equal value given for a milch cow, a cumal, an ounce of silver and 2 sét.  Another source gives the value of a cumal as 6 or 7 sét.  Yet another values a cumal as 40 sét.  Since commerce and trade are both ancient and widespread, it may be that there were effectively several currencies in use in ancient Ireland, with a regularly, or even regionally, varying exchange rate.  Whatever the case was, cattle were undoubtedly the longest-used currency, stretching right into early modern times.

For a more in-depth account of Irish currency and cattle, read these two fantastic books by Fergus Kelly:

A Guide to Early Irish Law