In the podcast episode, Dindshenchas and Dreamtime, we used examples of Australian Aboriginal Creation Ancestor stories. To support the episode, I have placed a few of the photos I took while in and around Kakadu. For more pictures go to http://kakadu.com.au/

Narmagon is known as “Lightning Man”.  On one of his travels, he left his eye on a cliff above the Anbangbang shelter. It is he who causes the sudden storms and he makes thunder with the stone axes fixed to his head, elbows and knees. Narmagon created the grasshoppers who appear before the monsoon storms.

Narmanjolg and his sister broke the incest laws. On a rock ledge above the Anbangbang rock shelter, she dropped a feather, taken from her brother, which is now a rock you can see today. The site became a dangerous place. Narmanjolg turned into Ginga the great saltwater crocodile. His sister became the Rainbow Serpent.

I have been unable to locate images of Bulla, the creation ancestor referenced in the podcast episode.  The image below is of a dangerous female spirit who carries a bag in which she puts the livers of her victims.

Bulla came from the north, from the sea with his wives. As he travelled through stone country, he put his image in many places. All these places are secret and dangerous.  While he was hunting for the edible Pandanus wasp, he was stung on the knee by Jokbarl, the hornet.  He could only crawl, and in his pain, returned under the ground, where he remains today, sensitive to any disruption of the landscape. The area where he lives is known as “Sickness Country”.

Since I mentioned some of the other highlights of the trip, I thpought I might add a couple of pictures of the crocodiles. Yes, they did really jump! 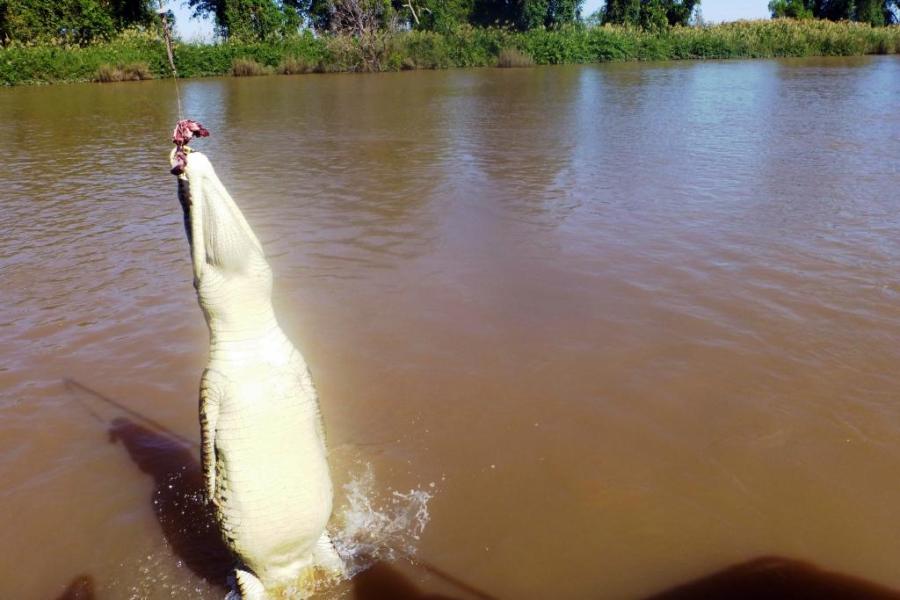 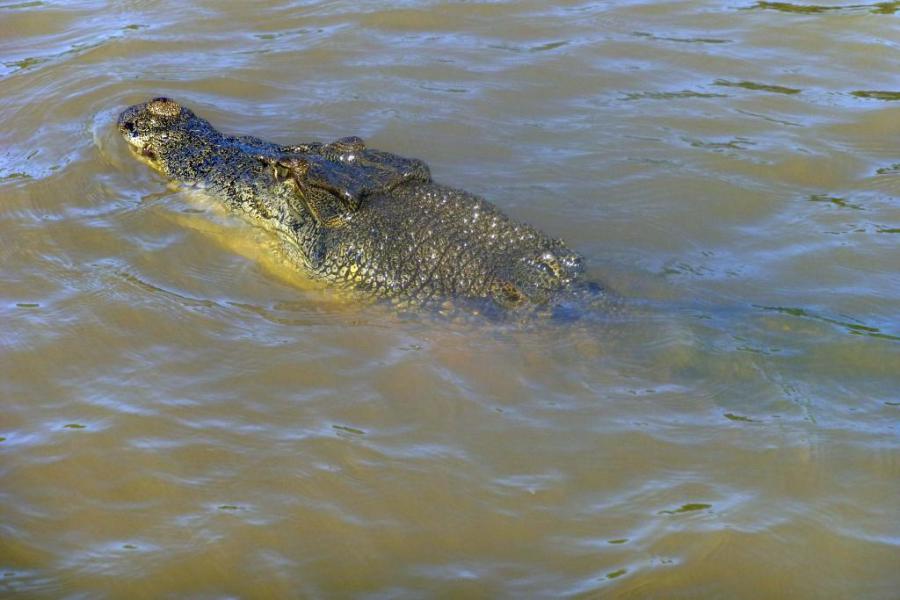