A Jigsaw of Naming

In the podcast episode “The Morrigan’s view”, we were discussing the aftermath of the Battle of Moytura and the way Lóch, Imdech’s poet, is given, it seems, the honour of naming aspects of the  Dé Danann forces, especially the charioteers, their chariots, horses, and goads. To an extent, these lists are poetic, alliterative groupings, but the names do have meaning.

As a just-for-fun exercise, Isolde suggested we create a jigsaw of possible chariot teams, based on Lóch’s given names. Here are our suggestions. See what you think. 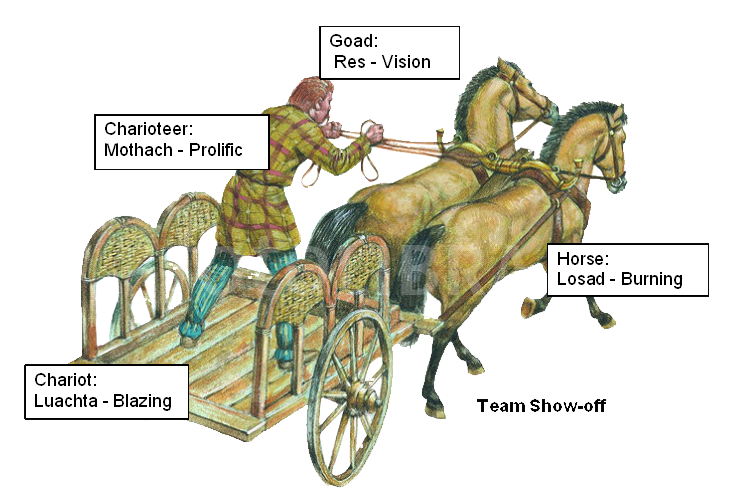 And the other seven groups? 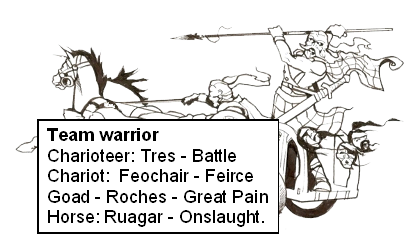 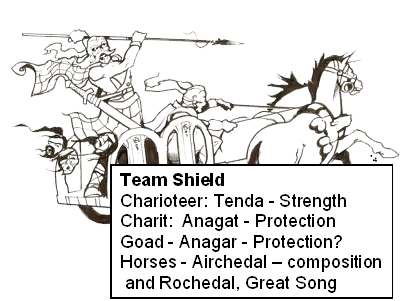 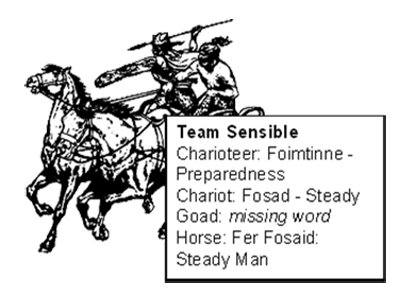 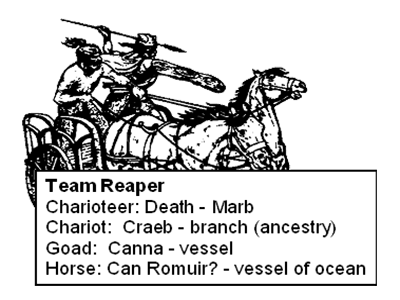 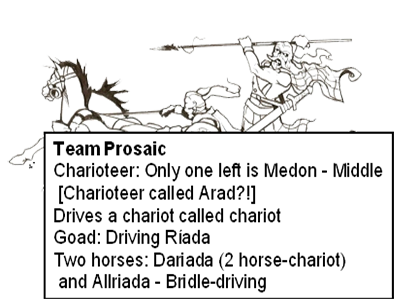 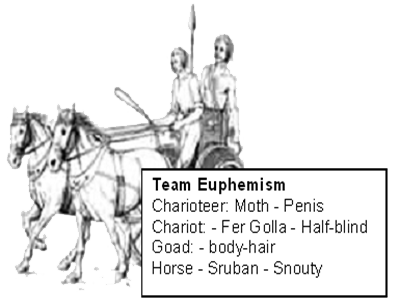 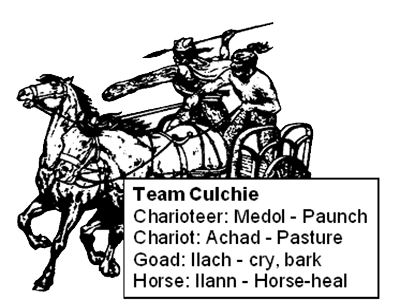 Of course, there could be many other ways of sorting the sets.