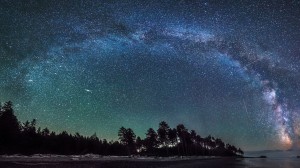 This is the second of two supplemental  episodes supporting  our recent podcast, Tales of Ethliu (revisited). “The Son of the King of Erin and the Queen of the Moving Wheel” is a folktale collected in the west of Ireland by  Jeremiah Curtin in the late 19th century. The tale first appeared in “Irish Folktales”.  This tale has a cast of powerful women. There is a wise warrior ‘Mammy’ and a bride with world class, martial arts at her finger-tips. There is even a  Queen, with a lot to lose, who is driven to become a ‘wicked stepmother; and we must not leave out  the supporting cast of magical beings including a family of five-headed giants and their Super-mammy.

The story also throws a new light on the image of Arianrhod and her Silver Wheel.

find a copy of “Irish Folktales“, collected and retold by Jeremiah Curtin.

Read the story of Arianrhod.