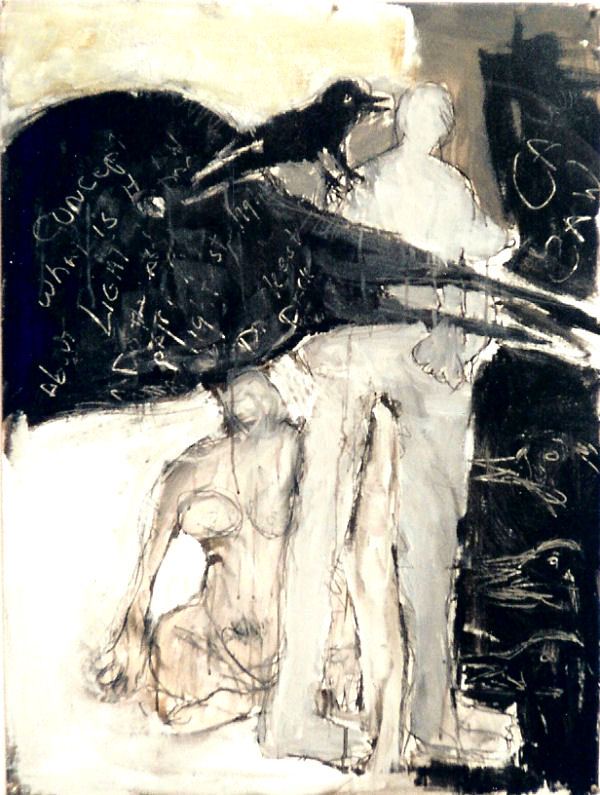 Then the Morrigan said …

So it came to battle at the last.

It came, at last, to red and slaughterous battle as it always has, and it always will.

It came, at the last, to the calling of kings

To the feats of feasting

The feasts of poetic words

The talking and taking of honours

The honour of battle lines.

It came at last to the rigours of battle

And a hundred cuts blossomed

As screams were heard

The slicing scream of flesh

And the breaking of bones

I saw all who were born to bravery

And it came at last to the

As the Story is told and retold.

And The Dagda replied…..

But was there not more to the story, more to the battle than the wild wielding of blades?

Was there not the weaving of words and quicksilver wits?

Were there not boys born in beauty to golden fathers, winning wives in secret places?

Was it not a time when the world turned over?

When mountains were laid low and valleys devoured their own rivers?

When the noble man was set to the work of a slave?

When fear and famine ruled?

And yet was not a king’s miserly meanness brought down by the words of a satire, and the seasons restored by the notes of a harp?

Is it not that, and more?

And The Morrigan said …

The lowing of the Glas Gabann leads the cattle of Ireland back onto the fertile fields.

The land lies, a cup of honeyed strength, a strength for all

The horn-counting of many cows

And the encircling of many fields

There will be sheltering trees

So fodderful of beech mast that the trees themselves will be weary with the weight.

In this land will come abundance bringing

Wealth for our children

The battle is not over for ever.

The land will fail, and justice will fall. The rhythm of your harp will not keep us safe forever.

Not for ever, but for this day,

And is not all time made up of days and nights?

Peace for this day then.

Let us go to the river bed, where we have met before.

To where you loosened your nine tresses over the smoothness of your white thighs.

There let the world be made and unmade and made again.

Is that not a story worth the telling, and retelling?

Image: “What is there about the Lightest Light and the Darkest Dark” by Iwaski