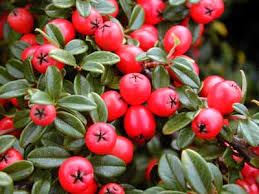 Slowly, oh, so slowly, Máel Dúin became aware of his surroundings. He could sense the sun’s warm brightness on the other side of his eyelids, but he did not want to open his eyes.

He felt relaxed, his limbs heavy, almost languorous, and very comfortable. He had no desire to move a muscle. But why should he move? There was no reason for him to move.

He had been dreaming; a deep peaceful dream, velvet dark and sensuous. Had he been dreaming of the Woman? If he had, he didn’t remember. The sudden pang of regret that this thought delivered was disturbing.

No. He was not sure that he had been dreaming – just sleeping deeply. It had been a satisfying sleep of pleasurable contentment. He was almost sorry to have to return at all from that quiet forgetfulness. He rested a while, hovering between consciousness and sleep. There was no hurry.

“All that red foam around his mouth. Is it blood?”

“I don’t think so. It looks more like juice from those red berries he ate.”

“But he’s been like this for all of three days.”

“He must be dying. No-one could sleep that long.”

“We shouldn’t have let him test the berries.”

“Someone had to do it, and the lot fell to him.”

“What are we going to do with him?”

The words irritated Máel Dúin. They would not allow him to drift off to sleep again. In spite of himself, Máel Dúin’s memory set to work to piece together everything that had happened.

It had not been much of an island, not like the wide and welcoming Isle of Women. It wasn’t even inhabited. But it had been plentifully clothed in leafy trees, not tall but rich in ruby-berried fruit. The blood red globules seemed ripe and plump with juice, but none of them could put a name to this ready food. No-one knew whether it was palatable, wholesome to eat, or even safe.

Máel Dúin remembered, now, how they had cast lots, choosing one to risk his life and health in the eating. He had been happy to oblige them, not greatly caring what happened to him – not then, not at that time.

But the warm comfort of sleep was lost. The voices bothered him like biting insects. He shrugged his shoulders and opened his eyes, blinking in the sunshine. His crew were gathered around him as he lay on the grass under the shaded fruit tree. He watched the anxiety fade from their faces as he sat up.

“I know,” he assured them. “I have slept for three days. But there is nothing wrong with me. The fruit is good.”

“The fruit is more than good – It is excellent.” Máel Dúin smiled. He felt good. The sad weariness and exhaustion had fallen from him like a winter cloak in summer. He felt ready to go forward and complete his voyage of exploration.

“Gather all the berries you can,” he told his crew. “They are a great gift. Not only do they ease thirst, but they lift the spirits and cheer the heart. But,” he added with a grin, ”just ensure you dilute the juice with plenty of water. I don’t want to find you lot asleep for days and have to handle the boat alone.”

They all set to work with a will, filling every vessel they could find.