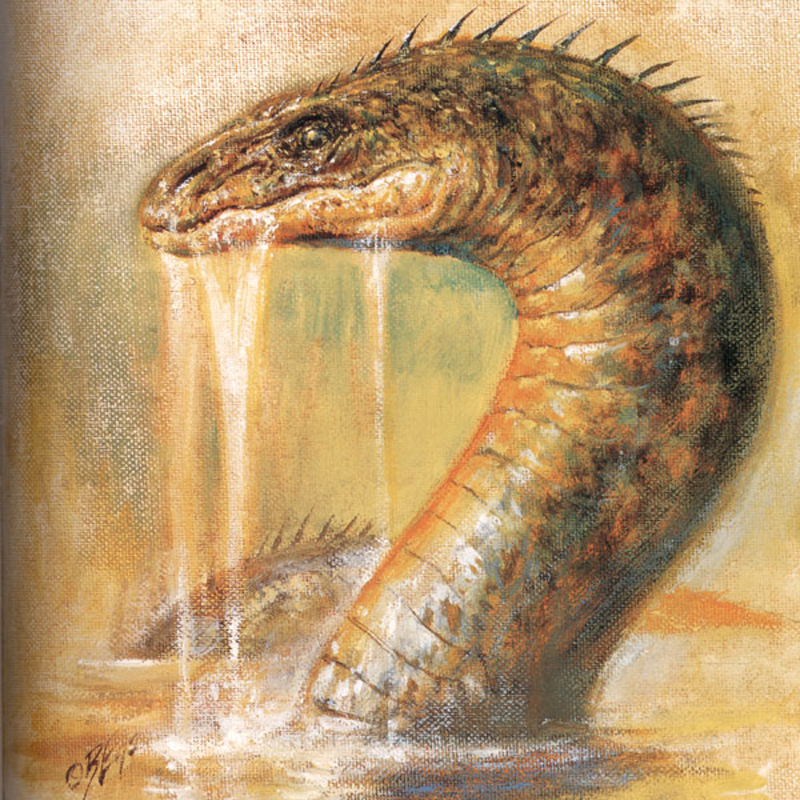 As we discussed in Dindshenchas: A Magical Mystery Tour, the Modern Irish name for the city of Dublin is Baile Átha Clíath, “The Town of the Ford of the Hurdles”.  The “English” name of Dublin comes from Dublind, “Black Pool”,.

This version is pretty much as translated by Gwynn, with some updating of the English! It includes several stanzas at the end which we did not discuss in the episode, but which connect nicely with other stories…

Behold Áth Clíath before you awhile:

O tower that ever guards the Gael,

what warrior, what dame has plundered it,

and given its name to the ford?

The sin of Adam’s wife brought upon us

long since had the seer foretold

the beast that was on Lecc Benn.

The beast that was on Lecc Benn

its shank and its toe reached to here,

it licked up Boyne till it became a valley.

The beast, from which the tale grew

(if you are skilled in a thousand books)

the strange beast, it found rest:

Who was the wright that planted the palisade? [= Clíath]

what is this palisade, we wonder?

it shall abide in the pool till Doomsday.

The frame of the beast’s chest made a cast

around Ireland – a coast that everyone knew –

so that the restless sea tossed it:

then it happened to reach the ford.

The king of the elements – noble motion –

the master of mystery for everyone,

the prince of nature, the son of my God,

He it is that would protect every weakling.

Relate to me, O comely Mongan

since you are acquainted with every violent deed,

what number fell – it is clear –

in the mound of the skilled one.

you remember, O light from Iona,

the thing that set it in the ford.

The “light from Iona” mentioned in the last stanza is St. Colmcille, one of the most celebrated Irish saints.  It refers to this incident from Book 2 of the Vita Columbae, “The Life of Columba [= Colmcille]” by St. Adomnán.  Our next article, “St. Colmcille and the Water Monster”, will explore this in more detail.

How an Aquatic Monster was driven off by virtue of the blessed man’s prayer.

ON another occasion also, when the blessed man was living for some days in the province of the Picts, he was obliged to cross the river Nesa (the Ness); and when he reached the bank of the river, he saw some of the inhabitants burying an unfortunate man, who, according to the account of those who were burying him, was a short time before seized, as he was swimming, and bitten most severely by a monster that lived in the water; his wretched body was, though too late, taken out with a hook, by those who came to his assistance in a boat. The blessed man, on hearing this, was so far from being dismayed, that he directed one of his companions to swim over and row across the coble that was moored at the farther bank. And Lugne Mocumin hearing the command of the excellent man, obeyed without the least delay, taking off all his clothes, except his tunic, and leaping into the water. But the monster, which, so far from being satiated, was only roused for more prey, was lying at the bottom of the stream, and when it felt the water disturbed above by the man swimming, suddenly rushed out, and, giving an awful roar, darted after him, with its mouth wide open, as the man swam in the middle of the stream. Then the blessed man observing this, raised his holy hand, while all the rest, brethren as well as strangers, were stupefied with terror, and, invoking the name of God, formed the saving sign of the cross in the air, and commanded the ferocious monster, saying, “Thou shalt go no further, nor touch the man; go back with all speed.” Then at the voice of the saint, the monster was terrified, and fled more quickly than if it had been pulled back with ropes, though it had just got so near to Lugne, as he swam, that there was not more than the length of a spear-staff between the man and the beast. Then the brethren seeing that the monster had gone back, and that their comrade Lugne returned to them in the boat safe and sound, were struck with admiration, and gave glory to God in the blessed man. And even the barbarous heathens, who were present, were forced by the greatness of this miracle, which they themselves had seen, to magnify the God of the Christians.