The Dagda’s Cauldron ~ A home-brew supplemental 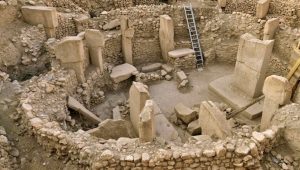 In the audio article ‘The Dadga’s Cauldron’  I was speculating, in a somewhat lighthearted moment, that the transformative element of the Dagda’s wonderful cooking pot from which no-one went away unsatisfied might have been connected to memories of early fermentation processes, i.e. the brewing of beer.   There has been plenty of evidence for feasting at midwinter in Neolithic times, and earlier. The excavations at Durrington Walls,  (near Stonehenge), England,  have provided plentiful evidence for mid-winter pig roasts for a start. Maybe they also had beer to wash it down.

It is hardly surprising that  the brewing of alcohol, especially simple beers was a skill that an early ‘art’.  It has been  said that the pyramids in ancient Egypt were built on beer, the mainstay of the willing and skilled workers was largely quid bread.  However, in recent years archaeologists have been coming to the realisation that the brewing of beer may have been one of the kick starters that began the  long and on-going process leading to  the cultivation of crops and domestication of animals.

It is not hard to imagine that if places were needed for hunter-gathers to meet, trade, celebrate, then exchange and sharing of ideas and stories  might have been smoothed and encouraged by the availability of a safe (safer than water)  and nourishing drink with pleasant additional effects.  It is also possible to speculate that the groups of people responsible for gathering  and processing  the wild grain might have soon realised that settling down close to these celebratory enclosures, perhaps even planting the grain  where they needed it would saved a lot of time and effort. They might have even discovered that the left-over mash was a suitable feed for cattle. Hmm! now they would be able to offer meat, cheese, milk and beer without hunting or gathering themselves.

And so it all  began! I kind of like the idea that the first people might  have settled in order to provide celebratory parties rather than to create spaces where people might gather merely to placate  gods. There is evidence that the enclosures at Gobekli Tepe, in Eastern Turkey which date from Mesolithic times,  provided beer for their visitors.  This site is astonishing. I visited it a few years ago while Klaus Schmidt was still alive. I have included a few pictures below. They are not all mine. They were just creating a wooden cover at the time. It was hard to get good photos. I have also included a couple of excellent articles,  about the site including one which refers to the evidence for beer production.

An article about beer production at Gobekli Tepe 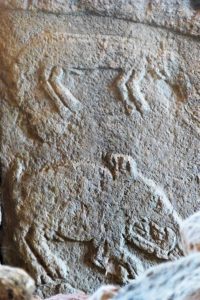 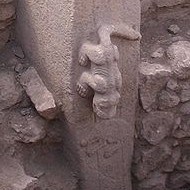 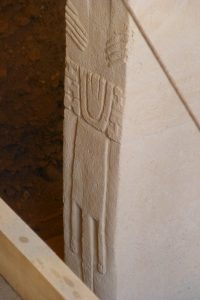 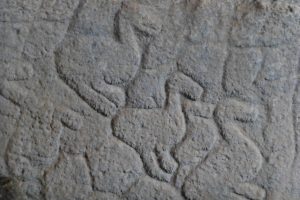 A few years ago, I remember Isolde and I discussing the possibility of the Dagda’ cauldron as a  leather  bag used for brewing beer, a genuine ‘Santa sack’ indeed. However, since then I read about a couple of Irish experimental archaeologists, Billy Quinn and Declan Moore, from Galway,  who were already on the case.  They had been speculating that the commonly found ‘Fulacht Fiadh’ field monuments could have been ideal  for beer brewing. You can read about their findings through the link below.

Now I am a wimp and a lightweight  when it comes to alcohol but I think I could manage to open a good Irish craft beer this Solstice and raise a toast to the Dagda and his Cauldron of Abundance!