Other Appearances of The Morrigan 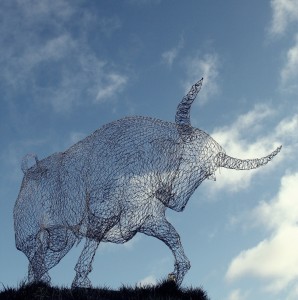 As discussed in the podcast, there are several other notable appearances which the Mór Rígan makes through Irish Mythology.  Below, I have produced a translation of the Dindshenchas poem, “Odras”.  Before we get to her, here are links to some of her other roles:

Esnada Tige Buichet, “The Melodies of the House of Buchet”.

The Mór Rígan plays a crucial role in Cú Chulainn’s involvement in the Táin.  There are several versions, which you can compare and contrast!

This is the eulogistic poem discussed in the podcast.  It gives us a glimpse of the Morrigan in her under-appreciated role as bringer of the dawn and good news.  You can read the edition by Kuno Meyer here, and his translation here.

From the Metrical Dindshenchas, Vol. IV, edited by E. Gwynn

Odras, noble is the daughter –

for whom we prepare this poem which we recite –

[daughter] of Pale Dawn of repute

She was a vigourous woman-hospitaller

A cow-lord of revered Cormac

was this mighty Buchet

He woke the strong herd

Once, she went after him –

to guard the tasty cattle.

As soon as she was asleep –

– the Dagda’s woman reached her

In this way, [her] produce [soth] was [taken] from her

[NOTE: This is a very difficult line. Gwynn: “in this wise came the shape-shifting goddess”]

She took with her the [most] important bull,

which was in Líathmuine of the warriors,

[Líathmuine = Grey Scrubland.  This was the plane which was flooded to form Lough Neagh]

The ox covered a cow,

the domestic [?] bull in our company

to [the] flats of Óiriu’s Heath.

“Slippery” [was] the name of that bull,

That wild, clay-coloured beetle [i.e. as we may call someone a “worm”]

his name – demented and undefeated –

She went to blood-stained Crúachán,

after the valourous, famous phantom

The hosting of warrior-bands was sated.

[NOTE: I have made a deliberate departure from Gwynn’s translation; “There came to blood-stained Cruachu, according to the weird and terrible tale, the mighty Morrigan, whose pleasure was in mustered hosts.”]

a consequence [i.e. response?] that was not justified

And her sturdy, protecting, serving-boy

[NOTE: I interpret “dorthain” as a diminutive of “turtugud” – a special form of legal and physical protection within one’s home].

He was felled in Cada’s Nook.

“Voice” was the name of her serving-boy

Odras brought him, a keen time,

to look for her submissive herd.

[NOTE: “bíthe” is the verbal noun of “benaid” – to strike.  It literally means “beaten”.  It is also a quality often ascribed to women, usually translated or glossed as “soft” or “demure”.  It seems to me to indicate a woman being beaten into submission.]

After that, surviving her serving-boy,

so that she found yonder famous phantom.

She let sleep come to her,

in the cold oak-wood of Fálga [on Sliabh Baghna,near river Shannon]

where she found harsh violation. [“sárgud sicce” may be a kenning or euphamism for death].

She came upon her in her rest,

wretched, that meeting on the moun,

[came] out of the harmonious cave of Crúachán.

She sang the instruction [?] over her

through her eagerness, without remission,

every dilligent incantation, it was magical,

The spirited woman melted away

she had no powers of victory

For the level, pale-green stream

came from the wretched bleding woman

The name Buchet comes from bó, “cow”, and cét, “hundred”. It refers to part of the definition of a briugu, “hospitalier”, the highest grade of bóaire, “cow-lord” or “strong farmer”.  To reach this noble status, the strong farmer must be able to count his cattle in hundreds, have a large house at the meeting of at least three roads, and dispense food, drink and shelter to all comers.

The site of the royal fort of Connaught and the cave, Ua na gCait, “The Cave of the Cats”, out of which the Mórrígan emerges in this poem and in the Táin Bó Cuailgne.  Crúach means “corn-rick” or “heap”, and the suffix “-án” is a diminutive, often fond form.  So this royal compound is described as “little heap”!

It is said in LL that Fraích Óirenn became known as Fraích Slemna after the Mór Rígan took the bull, Slemon, there.  Describing the area as “slemnaib” is perhaps a play on this or just an indication of its later name-change.  The best guess of where this might be is somewhere East of Temair.

This name comes from the word odar, a colour-word originating from fresh or clear water.  See “Many Shades of Darkness” for more on this word.