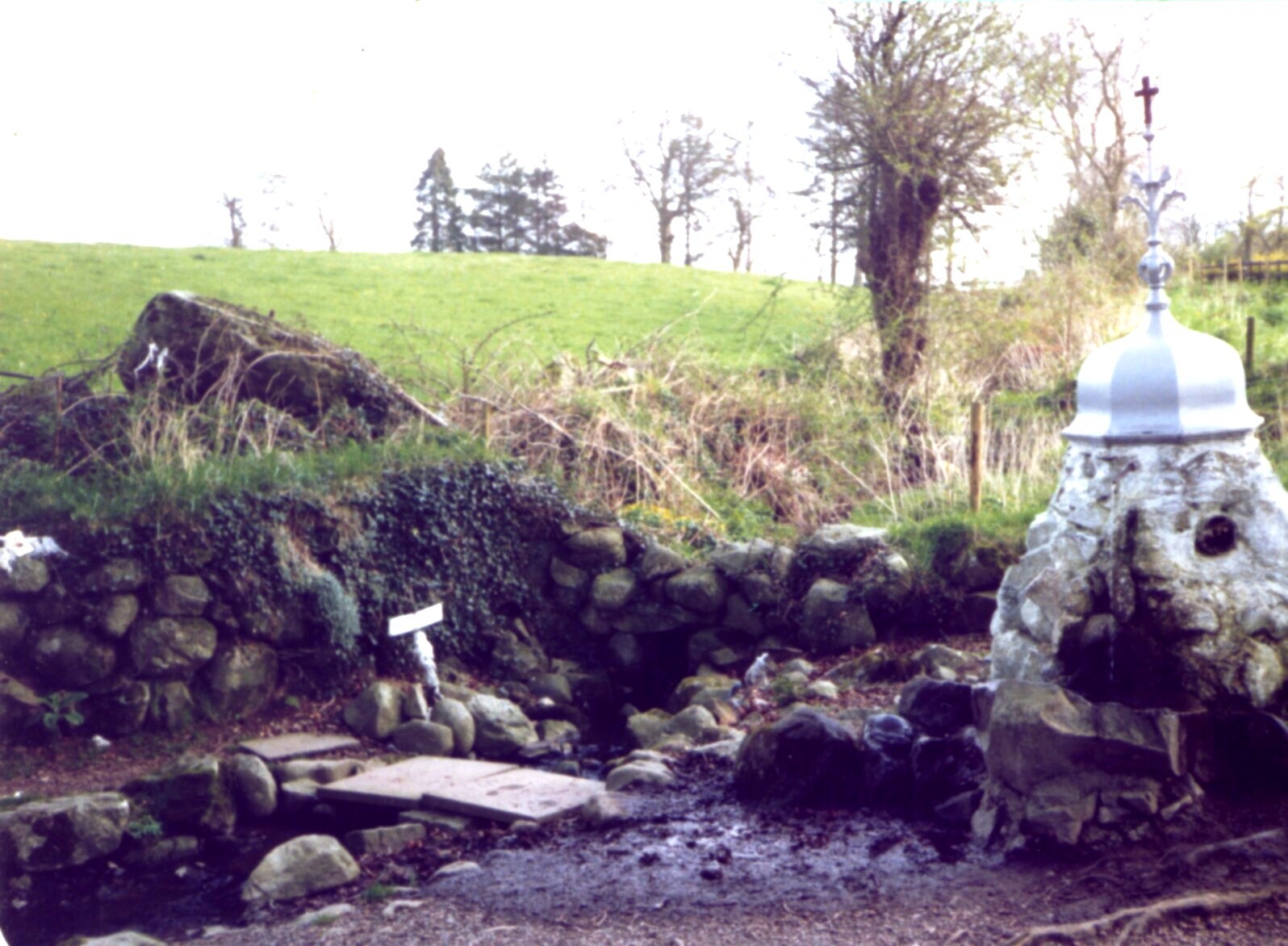 According to tradition, St. Brigid was born at Fochard Muirtheimne, a few miles north of Dundalk, about 450 CE. Because of the strength of this tradition, the place was later known as Fochard Bríde.

On the hill nearby, are the remains of an Iron Age fort, a Norman motte-castle and a medieval church. St Brigid’s Well is in the graveyard. There is also the base of an old cross and a horseshoe-shaped mound. Also, the ‘stations’ linked with St Brigid’s Stream continue to be honoured to this day.

I visited the site in 1990, and have not had the opportunity to return since. However, I found it a fascinating experience, particularly the stations along the stream. Each is supposed to help cure problems with various parts of the body.

For example, at station 8 is the Waist Stone, for illnesses connected with the waist or hips.

Then there is the Eye Stone at station 9. This holds water for washing the eyes to improve vision.

Station 10 is a bit odd. This “Head Stone ” has a shallow dish with a white circle painted around it. As far as I know, you have to put the top of your head in the concave circle.

The strangest stone of all is at station 6. This is the Hoof Stone. I am uncertain how this one is applied!

It is a calm and beautiful place, but there was one thing that surprised me; I might even say it came as a shock.  I was perfectly prepared for the old idea of rags tied to a thorn tree. I had recently encountered a perfect example near Doon Rock in Donegal. In various folklores, it was expected that your problems would fade away as the rag decayed. However, here I saw not rags linked to a tree, but plastic bags tied on a barbed wire fence. This gave a completely different impression. No natural decay here!

I have seen the same in other places since, and am no longer surprised.  However, it would seem that the ancient practice now has a different significance for the participants.