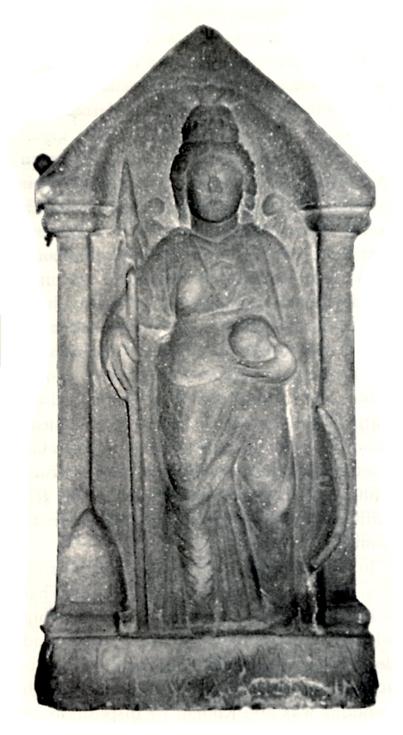 Brigantia appears as a Celtic tribal goddess whose name forms part of place names over a wide area from Austria and Hungary to Portugal and France.

Certainly in England the people of the Brigantes’ territory covered a large area in the north of England, although surprisingly, there is little evidence of tribal association with Brig in Ireland. Ptolemy, a second-century geographer, did mention a tribe calling itself the Brigantes in Leinster. But nothing remains of the Irish Brigantes except this single tribal name on a Greek’s map.

In England, she was equated by the Romans with Minerva or Victoria. Eventually, she became recognisable in the well-known figure of Britannia,

As we said in the podcast, the etymology of brig contains the meaning of “hill” or “high place” although it also carries the quality of strength, vigour and the power of flame.

Brigantia was frequently associated with rivers and wells, as demonstrated in the inscription to her at Irthington: deae Nymphae Brigantiae. Rivers, too, carry her name; for example, Brent in Middlesex and Brant in Anglesey.

The story of Saint Brigid and the history of Brig and the Brigantes are equally fascinating, but there is little evidence of a direct connection between the two figures.

For further information go to:

Brighid: What Do We Really Know? by Francine Nicholson