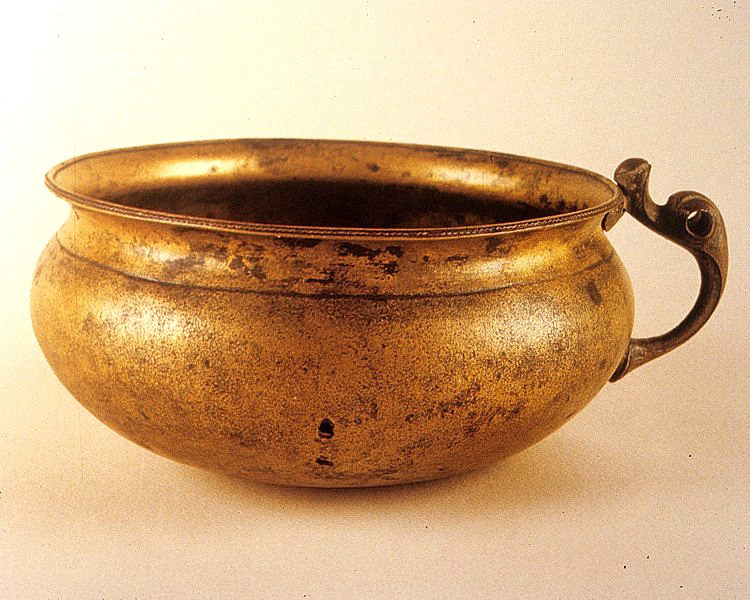 He would make them an invitation that they could not refuse.

He would set the conceited heroes of Ireland, one against the other and then sit back and watch the fur fly.

But firstly he needed a suitable setting, a theatre worthy of this fine jest.

Bricriu began to plan the building of a magnificent feasting hall.

Oh, it would take its inspiration from the marvels of the mead halls of Tara or Emain, but it would be finer, richer, better.

Its pillars and lintels would be costly, carved in magnificence, with nine compartments from fire to wall, each fronting of bronze thirty feet high, overlaid with gold. The fittings and finishings were as fine as the bright windows of glass.

It was certain that Conchobar and his court would have no reason to complain. He would make sure of that. A royal couch would be crafted for Conchobar high above others. It would be ruddy with carbuncles, lustred in gems radiant with gold and of silver. Around it were placed the twelve couches of the twelve heroes of Ulster.

A year it took to build, there at Dún Rudraige on the bright sea coast.

The construction of this great feasting hall was no mean feat. It took thirty of Ireland’s notable builders to unite in its making. It took a strong wagon team to carry each roof beam, and the strength of seven men to put the beam into place.

Bricriu kept a close eye on his fine feasting hall as it grew and took on form. Then he had his builders make one more addition. He had them build a balcony, as high as Conchobar’s couch on the outside of the hall, with a window that looked down on the whole of the host.

Once the mead hall was complete, he filled it with the fairest furnishings, bedding and blankets, dishes and goblets. He provided the best of foods and the sweetest of meads.

His scene was set.

Bricriu smiled to himself. Nothing was lacking now but the victims of the jest. Straightway, he went to Emain Macha to meet with Conchobar and the noble warriors of Ulster.

Loosely based on the translation by George Henderson