The Monk who was late 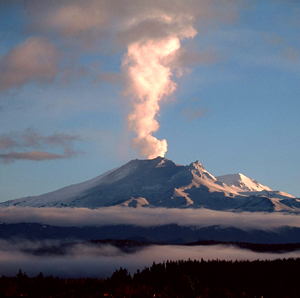 The young monk stood in the boat staring out across the silver grey sea. There was something out there. He had been set to watch but he was not willing to alert his companions until he was sure. Yes, it was an island. He could make out the distant shape of it, the bare ragged rockiness of it, as it tore aside the mist fronds, appearing stark and clear.

The swell was high and the rolling waves made his stomach shudder. But the monk feared that it was not the uncertain sea that made him so queasy. It was not even the long watch or the griping hunger of a two day fast; not this time. It was what he saw in the Father’s face, each time he looked at him that set his guts to churning.

He knew that he was not imagining it. So often, throughout this strange voyage he had turned to  find the Man of God gazing at him as if looking right through him, deep in thought, Each time, the young monk had lowered his own eyes quickly but not before he had caught a glimpse of the abbot’s thoughts. It was implacable judgement he saw in those piercing eyes, or was it pity?

The nausea rose up from his stomach again and he turned away from the sea. Abbot Brendan was standing there, still as a stone pillar, in spite of the heaving of the curragh.  He might have been taking in the first view of that on-coming island but the young monk knew that this was not so. The holy man was looking directly at him with an expression of deep sadness, and compassion. The younger man tried to hold his gaze but he could not. It was too much for him. Averting his eyes he mumbled “I see  land Father.

“I know, my son”, the Abbot answered quietly.

There had been three of them at the start; three young men, three friends who had embarked on this adventure together. They had entered the monastery together, embracing the austere life with a glorious enthusiasm and fervour. It had offered such bright promise, such a clean clear vision and together, they had vowed to follow footsteps of their blessed abbot and ascend to the high paths of sainthood.

They had managed to keep to the rule most of the time, well as well as any of the others and there was always a way back, through confession and the purity of penance. Then the flame of fervour would burn harder than ever.

So when they discovered that the Man of God was selecting a group of companions to accompany him to the Land of Promise of the Saints, they were determined to be included. This would be the greatest of adventures. Why had they, his most promising pupils, been left out?

Maybe they had forced his hand, a little, given him no choice. They had threatened to fast against him. “O dearest father”, they had said. “Suffer us, for the love of Christ, to accompany you on your voyage, otherwise we will die of hunger and thirst, for we are resolved to travel with thee all the days of our lives.’”

It was then that he had first seen that ‘look’ on Brendan’s face; that blend of judgement and pity. It had been disturbing. It had troubled their spirits even more than his words to them.

‘Have your will, my children;’ he told them. “I know well why you have come hither. One of you has acted well, for God had provided for him an excellent place; but for the others, He has appointed harm and judgment.’’

It had not stopped them from joining the group. Father Abbot was always coming out with such cryptic sayings, but he could never quite forget what he had seen in Brendan’s eyes.

Now he was alone. His two friends were gone. One of them hadn’t got far. He was lost right at the beginning of the voyage when they were still keen for challenges and visions. They had found a rocky island and a landing place in a small gorge with high, dark  walls.  Then there was a dog, a friendly creature that came sniffing and snuffling, welcoming them as they landed. They had followed the animal to a well built and spacious house.  There were couches, enough for all to rest, water enough for washing and food enough to feed them all but no inhabitants to invite them in.

They hesitated until Father Abbot gave permission for them to refresh themselves. Then they began to look around. It was a fine house but most interesting were the many vessels, inlaid horns and horse harness made from silver and other precious metals. They touched them gingerly, admiring their beauty, but Brendan sternly forbade them to take nothing. To do so he told them would be to commit the sin of theft.

“And yet”, thought the young monk to himself had they not been left for us, as had the food and the water. Why should those beautiful things also not also have been  gifts dedicated to the further glory of God?”

He had not noticed his friend pocket, the small silver bridle bit but, clearly, Brendan had seen the theft although he said nothing until they were back in the boat and it was too late to restore the object.

The Man of God was terrible in his righteousness. His hand trembled with rage as he pointed towards the thief , denouncing the deed. The younger man, cried out in terror, pulling the stolen bit from his pocket and throwing it from him in horror. They watched him as he cried out his guilt, begging for forgiveness.

Brendan said nothing but raised the miserable man to his feet.

“Now it may have been the power of Father’s Abbot’s words”, thought the monk, to himself as he recalled the terrible scene. ” but I know what I saw.”

It seemed that a small black boy, an imp, leapt from his chest, howling that he had been expelled from his seven year home. Once the saint had banished   the demon he spoke to the repentant thief in a gentler tone.

“My son”, he told him “You must prepare your soul for death.

And that is what happened.  Once he had received the body and blood of Christ the man just dropped dead. His soul was carried to heaven by angels and his body was buried on the island. Father Abbot said no more to them.

I did not like to ask him, mused the young monk, bitterly. “But I wanted to know why my brother had to die. Does not our faith preach forgiveness? It was only a small bridle bit.”

And then there had been  two of them. They had had many adventures together. One day, they came to a beautiful island, wide and flat, treeless, but embroidered with flowers, white and purple.

There was a community of holy monks already there, the choir of boys in spotless white, the young men in violet and the elders in purple. The island resounded with the continuous chanting of psalms. They had  watched in awe as a marvelous, blindingly bright cloud, like liquid sun, covered the whole island.

It was the next day when two violet clad men had come  to them with gifts of grapes, huge and very juicy. The fruit was welcome, of course, their mouths had watered at the scent of it.

“But what they asked of us was not so welcome, at least to me”,  the young monk remembered “They were to take one brother, my friend, to go with them. He had been chosen, by God to be part of this holy community.”

Brendan had let him go, told him that this was his sacred destiny. They had bade him farewell and watched in wonder as he was carried away. His companions spoke, in hushed tones, of his special favour. The young monk sighed to himself.

“Why should I not be bitter at his loss? He was my friend, my brother.”

He had been one of three and now he was alone. Now he could, no longer, avoid recalling the words of Father Abbot ignored before they had  left dry land.  Only one of them would make a good end on this voyage and one of the three would be buried in hell. He thought about his two companions. One had turned out to be a thief and had died for his crime. But he had died repentant and carried to heaven. The other had been greatly favoured by God and allowed to join the Anchorite community. What fate did that leave for him?

The young monk turned back to the sea. The island was much closer now and it looked forbidding indeed. The massive cliffs were night black, and so high, that the tops were hidden. The island’s central mountain loomed darkly and at its peak, a plume of smoke shot into the sky. It was a terrifying sight and yet, the young man could not pull his eyes away. Was this truly the place of his fate?

He struggled with the thought and realised that he was holding his breath. Carefully, he forced himself to calmness.  He knew that he was a sinner. The monks were taught that all men were sinners. Yet, he had not committed any terrible crimes. He was not a murderer.  Surely, Father Abbot would save him He trusted the ‘Man of God.

The Island grew closer. He could see the little waves lapping on the black sand.at the foot of the cliff wall.

Yes, Father Abbot would save him.