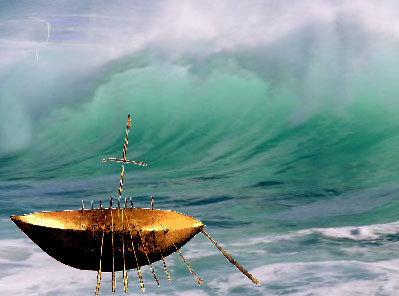 In Dindshenchas: A Magical Mystery Tour, we linked the characters and themes in this poem with two characters from Cath Maige Tuired, “The Battle of Moytura“.  We explored connections between Rúad in this poem and Rúadán in Cath Maige Tuired, and his father, Rígdonn, with Rúadán’s father Bres.  We have discussed Rúadán’s story in Series 1, Episode 5, “The Search for Brigid” and in Series 2, Episode 5, “The Four Craftsmen“.

Among any headstrong company!

I shall tell you, in my warm dwelling,

The cunning story of Ailbine.

There was once a famous prince who rowed

He was the pilot of a splendid crew,

[Note: The phrase Fótla cen fhodála, “undivided Ireland”, is interesting, as we pointed out in the episode.  The name used here for the island, Fótla, is a poetic name, usually associated with Banba and Éirú.  Only Éirú has historically been used. The derivation of Fótla may well be from fo-dála, “divided”, which is the term used in this line with cen to give us “undivided”.  It is very unusual to find a concept of the island of Ireland as a whole “country”.]

He undertook a careful, well-planned voyage

To visit with his foreign friends,

A fine, brave journey it was to Norway.

He travelled with three splendid boats,

They were impressive vessels;

Until they were unnervingly stopped short

On the shoulders of the open sea.

They found themselves unable to move in any direction,

Held in a strong grip:

Into the huge waves, without hesitation

When he went to cut the ship loose

From the treacherous salt depths,

He found, in a secret spot,

They told him in clear voices

It was they who had stopped [the ship]…

[Four lines are missing from the text]

…their nine women were worthy winners,

It was hard to get the better of them.

He slept nine nights with the women

Without raising a single objection –

Under the sea, free from waves –

On nine beds of bronze.

Though a woman of them was with child by him,

He left them on no unlucky course;

But they let him go

On condition that he should come back again.

When she had let him go to his fine friends

he rowed with all of his company,

(this fosterling from a good family)

to the brave land of Norway.

Once they reached the land across the sea

by their luck, and with high renown,

With his triumphant friend.

After that, Rúad of the Spears

left across the sea, that keen and slender youth,

West, over the powerful billows of the sea,

Until he reached the plains of Ireland.

Deciding not to return to the women across the level waters,

As he had promised he would.

When the proud chieftain landed southward

On the lowland holdings of the plain of Muired,

That strong land of unclouded reputation for strength,

His men heard wild war music behind him.

It was the music of the women

Their voices carrying in song

as they pursued Rúad at spear-point

Over the rushing waves of the streaming tide.

They sailed in a boat of flawless bronze,

This was no dull hulk of a vessel.

All nine of them were there – fierce, radiantly bright,

Then, a terrible thing happened:

One of the women – did she know what she was doing?

Was she aware that she risked the son of Rúad himself,

She threw her son like a spear – a shocking act!

Rúad would remember it as a blot on his house forever;

And the boy was killed.

Then Rúad’s people all together

Cried out in one voice

So horrified were they at this act;

“Great, great was the harm!”

And from this famous story

Of our familiar river –

This is the story I tell to you.

[The “A.F.” at the end of this stanza is a dúnad, “closing”, referring to the opening words, “A fhiru”.  This is a common way of marking the end of a poem within a manuscript.  However, there are four more stanzas attached as a kind of coda, which deal with the naming of Mag Muired.  You can read Gwynn’s translation of them here.]